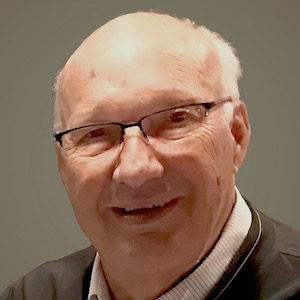 Carl A Nielsen
Hilbert, WI
Carl A. Nielsen, age 78, of Hilbert, passed away on June 7, 2020 at Freodtert Hospital in Milwaukee, Wisconsin.  Carl was born on December 8, 1941 in Ladysmith WI, the son of the late Robert and Vivian (Blazek) Nielsen.

After graduating from Bruce High School in 1960, he enlisted in the United States Air Force and trained at McClellan Air Force Base in Sacramento, California where we proudly served his country from 1960-1968, during the Vietnam war era.

Carl enrolled in the California Highway Patrol Academy in 1968 and was proud to serve the State of California for 25 years as a dedicated CHP Officer.  Upon retirement in 1993, Carl moved back to the Midwest and continued his career with Schneider National for an additional 11 years as a Driving Instructor.

Carl had a true passion for the road and continued that after retirement as he and Kathie began their love for RV’ing.  Their travels took them around the US, enjoying the warm winters in Texas, Arizona, and Florida.  The friendships Carl made, throughout their travels, will forever be cherished by many.

Carl will forever be remembered by his love to tell a good story.  Everyone he touched would agree, where Carl was, there was always quick-witted humor a good joke to be heard.

We will miss your words of encouragement, wisdom, and your calming, compassionate approach you brought to everyone you touched.

The family would like to thank the healthcare professionals at St. Paul Elder home in Kaukauna, WI, for taking special care of Carl during his time spent there as well as the Freodtert Medical Staff in his final days.

A service and celebration of life will take place, on a later date, at the Bruce Cemetery in Bruce, WI.
Oh, so many good memories of our times in Good life Resort in Florida. We just never knew what to expect from Carl, what a wicked sense of humour and the stories he and Graham shared about their trucking days. We found out how neatly Carl kept his shoes lined up outside the trailer and an aversion to snakes in your house, especially if found in the laundry hamper. Tears are escaping my eyes just thinking of how much he will be missed by all whose lives your family has touched.