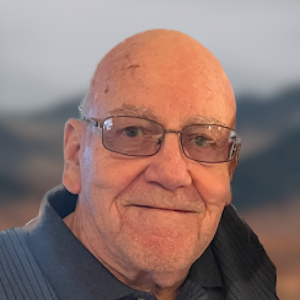 Charles Allen Bilgo of New Holstein, passed away at age 75, surrounded by loved ones at Froedtert Hospital on December 21st.

“Chuck” or “Charlie”, depending on how you knew him, was a beloved Father, Grandpa, Brother, Husband and Uncle.

He was born to the late Hugo and Pearl Bilgo on November 23, 1947.  He graduated Plymouth High School in 1966, after which point, he soon joined the Marine Corps and was drafted into the Vietnam War.

Chuck proudly served his country when he was shipped out on Christmas Day, 1966, and served through 1969 with the First Marine Division, First Anti-tank Battalion. He was an M50 Ontos Anti-tank Vehicle operator.  Chuck was awarded a purple heart for his bravery during his tour which he held dear. To those that knew him knew it was no secret of how proud he was of being a Marine Corps Veteran. He loved his country very much. He was blessed to be picked to go on the Honor Flight to Washington, D.C. with other veterans in 2018.

Chuck believed that God put him on this earth to live a life of service to others.  As his military service came to an end, he returned home and continued his life of service as a Sheboygan County Sheriff Deputy.  He was soon joined in marriage to Cheryl Reinecke on May 1, 1971.  During their 23 years of marriage, they were blessed with two children, Trevor and Jodi.  He continued serving as an active member of the Lions Club, the Church choir and singing with The Barber Shop Chorus.  Even after his retirement from the Sheriff’s Department in 2000, he continued to serve and help others. He worked security at the Mead Public Library, worked funerals at Wittkopp Funeral Home, helped out on family farms and up until this year, he played Santa Clause for many children and their families around the area making many people smile.

He was always full of stories and had a lot to share, but only wanted to make people smile and laugh, which he did a lot.

Chuck married Patricia Pingel on April 8, 1995, and they remained happily married until her death in 2014. Christmas was their favorite time of the year, so it’s only fitting that they both passed away around Christmas time.

He loved being a grandpa more than anything to Logan, Avery and Christian.  He would make it a point to get to as many activities for them that he could get to from little on, even if it meant travel.  He was a very active and involved grandpa and will be missed dearly by them.

He was preceded in death by both of his parents, as well as his wife Patricia.

A funeral service will be held at 2:00 pm on Tuesday, January 3, 2023, at Zion Lutheran Church (1702 Van Bren St.) in New Holstein. Friends may call from 11:00 am until 1:45 pm at the church on the day of service.  Those wishing to watch a memorial video or view flowers and gifts given to the family may do so by clicking HERE.

In lieu of flowers, a memorial fund has been established in the name of Charles Bilgo.

We sat many summers together in the backyard of our friends house swapping stories and laughing until we couldn't laugh anymore. I will miss him deeply!

Chuck and I were friends from grade school. I admired his courage in serving in the Marine Corps and his love for serving the community as a police officer. I send my condolences and prayer support to his family. I look forward to the day we will meet again in heaven.

Trevor & Jodi and the Bilgo family, It goes without saying what a great Christian,family man and civil/community servant that Chuck was. I had the honor to work with him and never questioned his dedication to his profession. May God be with you all at this difficult time,
Mike Helmke- San Antonio, TX

In December of 1968 my Marine Rifle Company ran combat operations out of 1st Tanks Battalion in Danang and I remember spending time with Chuck when he supported our operations at the Cau Do Bridge.