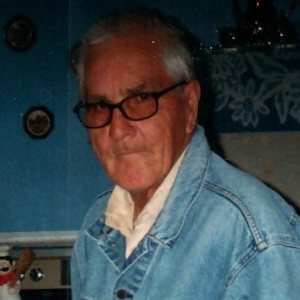 Francis M Lenz, Sr.
New Holstein, WI
Francis M. Lenz, Sr., age 84, of Chilton, died on December 15, 2020, at Willowdale Nursing Home in New Holstein. He was born on February 24, 1936, son of the late Matthew and Clara Lenz. He met Delores Hephner at a fair when she was a teenager and they dated until she was old enough to get married and they wed on June 13, 1959, at St. Augustine in Chilton.

Francis was a nice man with a sense of humor and would talk to anybody. He said he quit school in 6th grade because his bike got a flat tire so he went to work on the family farm in Jericho. He liked hunting and fishing and later in life he enjoyed walking around Chilton. He was a great dad and adored his grandchildren.

Friends may call from 12:30pm until 3:45pm on Wednesday, December 23, 2020, at the Wieting Family Funeral Home (411 W. Main St.) in Chilton. A private funeral service has been planned for the family at the funeral home. To view a livestream of the service, please click HERE

In lieu of flowers a memorial fund has been established in the name of Francis Lenz, Sr. Cards and memorials can be sent to the Wieting Family Funeral Home ℅ Francis Lenz, Sr. 411 W. Main St. Chilton, WI 53014.
Francis was a kind, soft spoken guy. I worked with him at Mirro- Foley in Chilton, if you asked him for help he always did, once in a while he had something funny to say but was pretty much quiet. He was a good worker. Rest in Peace Francis. My sympathies to the family.