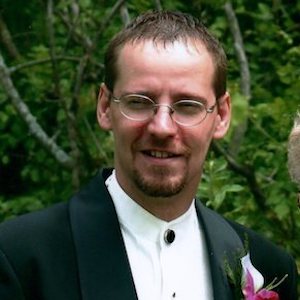 Gerald L Geise
Chilton, WI
Gerald Louis Geise, age 53, of Chilton, passed away peacefully on June 7, 2019, at UW Hospital in Madison. He was born April 26, 1966, at Community Hospital in Clintonville, WI, son of the late Edward and Harlene (Pues) Geise.

Jerry was an individual with a heart of gold that would do anything for anybody. He battled Cystic Fibrosis since birth and was proud to live a normal life after a lung transplant in the 90s. He was able to finally have a normal life like he wanted, along with playing tackle football with his nephews. Jerry was strong, a fighter, a survivor and fought a long, hard battle. He proved to the doctors that he could outlive the life expectancy of an individual with Cystic Fibrosis.

His health never kept him down and he enjoyed being on leagues for bean bags, darts, horseshoes, pool, bowling, and fishing. Along with his activities, he was a part of the Cystic Fibrosis Foundation and a huge fan of “Oldsmobile 442s”. Eventually he was able to rebuild two of his own Oldsmobiles, of which he was very proud.  He and his friends knew how to have a good time; at his sisters wedding, Jerry joined the wedding party by dancing on the bar and he was the first one to start removing clothing as a joke. He didn’t get very far before being stopped by his sister. Jerry and a friend would also give each other gag boxes for their birthdays, with only 1 beer glass and other strange items, which they hid near each other’s front door or in their cars around their special day.  Everything amused Jerry and he loved to joke around with those around him. He enjoyed going on vacations and camping with his friends. He really loved spending time with his nephews and friends.

When Jerry was younger he had a job delivering newspapers through the town. Jerry had missed a lot of days from school, however, he was able to graduate. After High School he started working at Tecumseh Products in New Holstein, WI, but had to terminate his position for health reasons. Then he started working at Goodwill Industries in Menasha, WI, in the office. Eventually his health caught up to him and he had to retire. He really loved his job and it was hard for him to leave.

Jerry was preceded in death by his parents, Edward and Harlene; grandparents: Harley and Doretta “Jeanne” Pues, and Raymond and Hilda Geise; great-grandparents: Fred and Belva Geise; brothers: Mark Geise and Bobby Joe Geise; and a close friend: Scott Kaczmarowski.

A funeral service is being held at 3:00pm on Friday, June 14, 2019, at the Wieting Family Funeral Home (411 W. Main St.) in Chilton. Friends may call from 1:00pm until 3:00pm at the funeral home on the day of the service. There will be an open microphone session during the service for friends and family to share stories of Jerry. The family invites everyone to join them at Cheers following the service to share some time together in honor of Jerry.

Jerry’s family would like to extend a special “Thank You” to the UW Hospital and three special nurses, Tyler Houston, Renee Floyd, and Joe Scarpelli, for showing compassion to Jerry and all the support for the family during this difficult time.

In lieu of flowers, a memorial fund has been established in the name of Gerald Geise.
May God Bless you Jerry in his arms with no pain or suffering no longer. You were always a pleasure to be around and super nice human being. God Bless your friends and family in days ahead with peace, comfort and love. Rest Easy Bud. Ă°Ĺ¸â„˘ÂŹĂ°Ĺ¸ËśÂĄ

So sorry for you loss. I haven't seen Jerry in years but he was a great guy.

I always enjoyed being around Jerry. He was always in a good mood with a positive attitude. He definitely be missed.
So sorry for your lose.