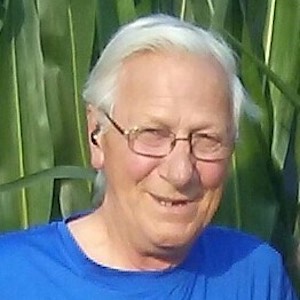 Henry M Lodel
Chilton, WI
Henry M. Lodel, age 72, of Chilton, died on November 6, 2021, at St. Elizabeth Hospital in Appleton. He was born July 15, 1949, son of George and Eleanore Lodel. He proudly served in the United States Army during the Vietnam War. On November 23, 1973, he married Linda Groeschel and they had a son, Chad, and a daughter, Rhonda.

Henry met Linda at a picnic and asked for her number so he could take her out. She got on the back of another guy’s motorcycle and left. That didn’t stop Henry from calling her the next day and she agreed to a date. When he went to pick her up, her dog chased him onto the hood of his car. Things got better for them from there. They enjoyed each other’s company and did everything together. They were happily married nearly 45 years upon Linda’s death in 2018.

Henry liked to fix things and worked on cars and lawn mowers in his free time, while squeezing in rounds of golf during the nice weather. What defined him best in the world was his kindness toward others; he would help anyone who asked and he even stopped to check on people if they were stranded on the side of the road. He enjoyed watching wrestling and Hallmark movies, but most of all he loved spending time with his grandkids and they knew his answer was always yes.

A committal service will take place at 11:00 am on Saturday, December 4, 2021, at Hillside Cemetery (North Madison St.) in Chilton. Military Honors will take place at the cemetery in recognition of Henry’s service to our country. A celebration of life is being planned for summer 2022.

In lieu of flowers a memorial fund has been established in the name of Henry Lodel. Memorials can be sent to Wieting Family Funeral Home ℅ Henry Lodel 411 W. Main St. Chilton, WI 53014