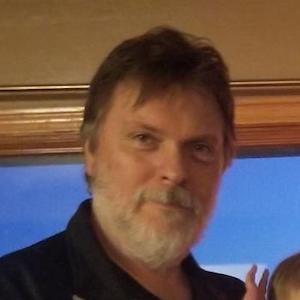 He was born July 11, 1967, in Chilton, son of Ronald Keuler and the late Janet (Jochimsen) Keuler.

Jim was preceded in death by his mother, Janet Keuler, maternal and paternal grandparents, and uncle and aunt Jerry and Sue Jochimsen.

As an IT Specialist, Jim worked throughout the area addressing the IT concerns of various companies. He previously worked for A1 Polishing in New Holstein, the New Holstein Public Library, and as a screener for Ascension Calumet Hospital.

In his free time, Jim operated amateur radio and flew homemade model airplanes with a group of friends at different locations around Lake Winnebago. He was a member of Sky Warn and did weather spotting in the county for the National Weather Service.

Survivors include his daughter: Sophia Keuler; his father: Ronald Keuler; his girlfriend: Jenny Lefeber-Krenn; her children: Adriahna & Natalya; his sister: Julie (Indranil) Ghosh; his nephews: Ryan, Grant & Ezekiel Stephenson; and a great-niece: Kylah. Other relatives and friends further survive him.
Jim was a student of mine at Chilton Elementary and Middle School. He studied trumpet with me privately. Jim was an exceptionally talented trumpet player who could have gone on to be a teacher. He was always ready with a charming smile and had a quick sense of humor. Jim was very intelligent in many areas and was able to solve problems quickly and easily. Jim‚Äôs trumpet playing had a beautiful tone quality and he read music very easily. He was one of my best trumpet players in 43 years of teaching. He will certainly be missed by all who knew him. God bless.

I remember being in the high school band with Jim and being in awe of his talents playing the trumpet. I will never forget him playing Ray Charles ‚ÄúGeorgia On My Mind. ‚Äú What a talent! Wow! He was so good!

Had many good times with Jim back in the day. He was a good person and will be missed. My sympathies to his family.

My deepest sympathies to Jim‚Äôs family and those dear to him. He was a great person!