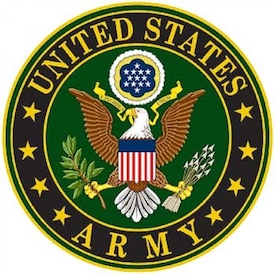 James J. “Jim” Albert, age 86 of Hilbert, formerly of Montana where he cherished the views of the mountains, died on Sunday, April 18, 2021 at his home in Hilbert.  He was born August 22, 1934 in Lawrenceburg, Kentucky, son of the late William & Thelma (Givens) Albert.

Jim honorably served in the United States Army between the Korean War and the Vietnam War.  Following his honorable discharge, Jim married Billie “Bootsie” Keene on September 11, 1959 in Socorro, New Mexico; she preceded him in death in 2014.

Early in his working career in Montana, he drove dump truck but later transitioned into painting houses both inside and out.  He enjoyed life on the ladder and stayed the course until he was 75 years old, and thought it best to climb off the ladder and enjoy retirement.

As someone who enjoyed the great outdoors, Jim would often be out hunting, fishing or camping.  He was an incredibly social individual who liked everyone he met, and in return, they more often than not liked Jim and the stories he shared.  He loved to spend time with his children, but above all, he adored his grandchildren and his great grandchildren.

Jim was preceded in death by his parents; his wife; and by his brothers and sister.

Family services are being held and Jim will be laid to rest by his wife, Billie, in Montana.
We are sorry for your loss. Jim sounds like a wonderful man that will be missed by everyone who knew him. Let your memories warm your heart.
Ellen & Jim