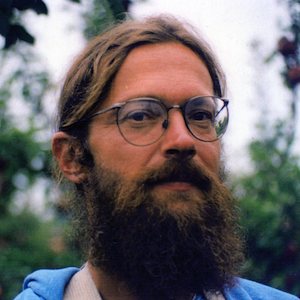 On September 14, 2006, he married Linda Evans in Alaska. He had told most of his family and friends of his plans and they all managed to keep it a secret. Linda’s only suspicions were that he told her to bring her passport and when they passed a courthouse in Denali he told her he had to go inside to “take care of some business.”   As they spent their 23 years together they loved to travel together and see the world, seeing many beautiful sites along the ways and making memories.

Terry had attended some college, but a formal education was not how he preferred learning. He was interested in everything: art, history, religion, philosophy, and so many other subjects. He was an intellectually avid reader.  His dynamic sense of both knowledge and humor were well illustrated in all of his writings.

He had a compelling ability to listen to others, enabling them open up their innermost feelings.  He had something good to say about everyone.  A free spirited and exceptional man.

In his youth he enjoyed the freedom of seasonal migrant work.  Bringing in both blueberries and the specialty apples.  He later was employed at Ornua Ingredients North America for nearly 20 years.  He enjoyed the job and the people he worked with.

Setting no mileage goals each day, he walked all but 200 miles of the 2190 miles of the Applellation Trail, while soaking in the nature around him.

Terry was preceded in death by his parents, Frank and Myrtle.

A celebration of Terry’s life will take place next Spring.

In lieu of flowers, a memorial fund has been established in the name of Terry Rahn. Cards and memorials can be sent to the Wieting Family Funeral Home (411 W. Main St. Chilton, WI 53014) care of Terry Rahn.
It's been just over a year, Terry, and I miss you so much, old friend. Missing our old "tornado-chasing" days in Wisconsin!

Brother-in-law Terry had a keen sense of beauty, of wonder and joy. He had a stellar intellect and an original cast of thought. He was always receptive to new ideas. He read a lot and thought a lot about what he read. His favorite book was Charles Dickens' Martin Chuzzlewit, a novel he read several times and laughed out loud when reading one or another episode. He made me revisit Dickens and even attended readings of his works. His disposition was that of kindness. He often preferred solitude. He walked, nearly so, the length of the Appalachian Trail, and traveled to many places, chiefly in the United States; he liked San Francisco. He with his loving wife Linda also went to Costa Rica where he visited the David and Julia White Art Colony. I would like to have seen more of what Terry wrote; I am sure it had authenticity and reflected the best of prose styles. I had wanted to open a book store in Fish Creek with Terry as a proprietor, as again he loved books. The idea, while it never came to fruition, was at least a dream always on the ready to come true. I have often thought that Terry would have been a marvelous teacher of children, as he was a patient listener and imparted what he knew in an easy manner. Anyway, I would have liked a teacher like Terry when I was a kid, now more years ago than I care to remember. Terry .... as Chaucer's dashing character, he was a 'veray parfit gentil knyghte.' I miss knowing you are in the world; you will always be in my heart, and mind. Gerry Max / Madison, Wisconsin Ocotber 22, 2020

Terry was my first true lifetime friend. I met him growing up in Brookfield Wisconsin when we were about 4 years old. We explored and terrorized our neighborhood with gusto. I considered Terry to be a bit of a mad scientist and engineer coming up with formulas to combat our arch nemesis' at the time (ants) or engineering solutions to bring crackers to his bedside by just pulling a string. He was always up for adventures . In later life we went on a couple of white water rafting trips on the wolf river.There were also memorable road trips to the U.P. and the national indoor model airplane contest in Johnson city Tennessee. Show Terry a map and he would say "lets go there". Terry's sense of adventure was boundless. May he find endless adventures where he has landed. Peace to you old friend, you are and will always be in our hearts. Dave

Terry was a dear, dear friend dating back to kindergarten. Known to everyone is a very sweet person, he was also in possession of a great intellect, and a wonderful writer. Letters from Terry were treasured - often double digits in length, and always a joy. They were like reading a small novel, full of his thoughts and experiences in the world and with Linda, his dear wife.

In Greek we say Eonia I mnimi, â€śMay his memory be eternal.â€ť Terry lived a big life and was a wonderful soul â€“ he will always be remembered.