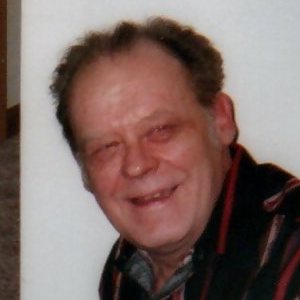 Vernon R Last
New Holstein, WI
Vernon Roy Last, age 78, of New Holstein, died on Monday, October 5, 2020 at the Calumet Medical Center in Chilton.  He was born July 24, 1942 in the Town of Little River, Wisconsin, son of the late Frank & Edna (Spiering) Last.  Vernon married Sandra Gruett on August 3, 1963 and the couple raised 3 children; she preceded him in death in 1993.  He later married Kathryn Suzanne Peterson on December 9, 2000 at Ebenezer United Church of Christ in Chilton.

He worked as a cheesemaker at Land O’Lakes and retired after 32 years in 2005.  Although Vernon worked several different jobs throughout his life, he is best known as someone who cleaned the windows of businesses throughout the city of Chilton, often times utilizing his children’s willingness to help in order to care for some of the clients he served.

He was a former member of the Lions and Kiwanis Clubs, looked forward to time spent in the great outdoors and was well received as an all around “good guy” to those who knew him.  Late in the week, Vernon was known to try a new supper club or restaurant throughout the country side to see would have the best fish fry.

He was preceded in death by his parents; his wife: Sandra; a step son: Michael Peterson; a grandchild: Rachael Peterson; his siblings: Raymond, Ronald, Anita & Lester; and a sister-in-law: Betty Duncan.

Funeral service will be at 4:30 pm on Friday, October 9, 2020 at the Wieting Family Funeral Home (411 W. Main St.) in Chilton with Rev. Thomas Schmitt officiating.  Friends may call at the funeral home from 1:00 pm until 4:00 pm on Friday, October 9, 2020.
Every once in a while when I called Suzy Vern would answer and heâ€™d give me a hard time if the Vikings were losing! We were talking together at Michaelâ€™s Funeral. I noticed Vern was watching Suzy and seemed worried. We continued to talk and Vern continued to keep track of his wife. He was a very concerned husband . I was so touched that he kept an eye on Suzy.